Looking to sell a watch? Select how:

Over 1,500 successful private sellers each month.

Become a Chrono24 dealer
Free Appraisal
What is your watch worth?
Home Magazine Main Page Teaser The Tudor Black Bay: One Model, Many Faces

The Tudor Black Bay: One Model, Many Faces 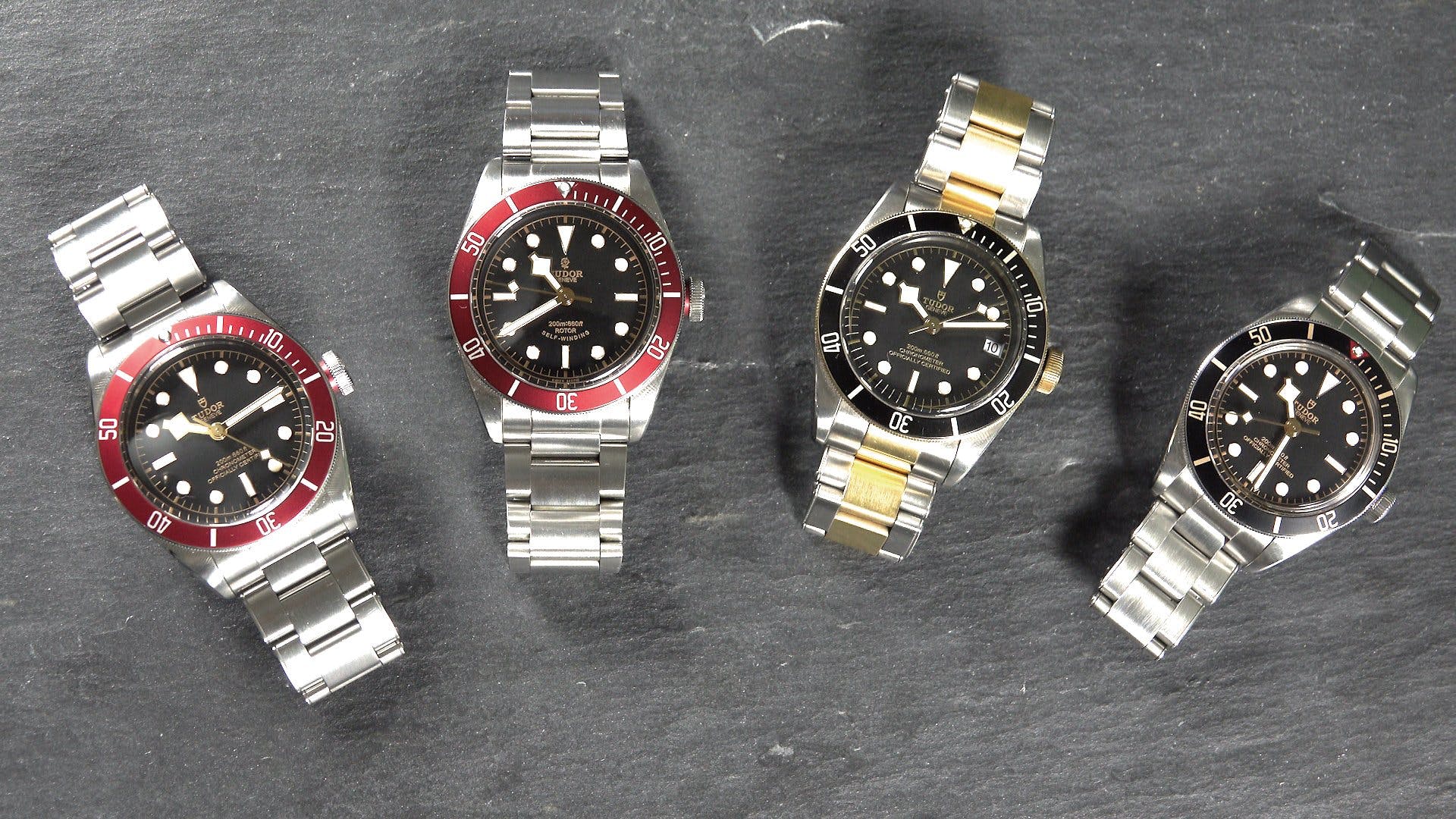 The Tudor Black Bay: One Model, Many Faces

Rolex founder Hans Wilsdorf launched Tudor in 1926 as a more affordable alternative to the original luxury giant. From the very beginning, Tudor watches have been known and loved for their uncompromising quality and links to the military. Tudor timepieces resemble their Rolex siblings – the Submariner, Datejust, and more – in both name and looks. Nonetheless, Tudor has managed to distinguish itself and build its own fan base, as proven by the high prices vintage Tudor “Snowflake” Submariners bring in at auctions. But what does the current line-up look like? After a few quieter decades, Tudor burst back onto the scene in 2012 with the Tudor Heritage Black Bay line. This watch is the driving force behind the Genevan brand’s current success. The Black Bay isn’t just some insider’s tip, either; it’s even managed to convert a few Rolex and Omega diehards. Therefore, it comes as no surprise that the Fifty-Eight is so hard to come by!

In this video, we’ll be taking a closer look at a few different Heritage Black Bay versions and highlight the small details that set some references apart.

A Surprise from Tudor: The New Tudor Black Bay P01

Is Tudor better than Rolex?

The Watch Industry: A Dance of Brands and CEOs

By Pascal Gehrlein
Nov 05, 2019
View all articles
Next article

May 27, 2016 by
Christopher Beccan
View all articles

Editor’s Picks of the Week – Zenith, Hermès and Rolex

The Watches of Team Chrono24: Pascal

What trends, watches, and brands played an important role in 2018?