Editors’ Picks of the Week: Oris, NOMOS, and Angelus

The Divers Sixty-Five has been one of Oris’ beststelling watches for some time. The Swiss luxury watch manufacturer first released this watch just as a wave of remakes hit the market. In addition to developing new models, brands were experimenting with the revival of certain vintage icons from back in the day. The Oris Divers Sixty-Five is one such timepiece. Needless to say, this model was and still is a huge success. The Divers Sixty-Five is the perfect blend of new technology and classic design. After the initial success of the time-only version, Oris brought the Divers Sixty-Five chronograph to the market. New takes on old watches are rarely as popular as the original. They often have a somewhat strange or misplaced complication. That is not the case here. The Oris Divers Sixty-Five Chronograph looks awesome with vintage-style pump pushers that fit perfectly with the design. The dial is not too busy and easy to read. Last but not least, the price is more than fair for a 43-mm Swiss-made automatic chronograph from an exciting independent brand. 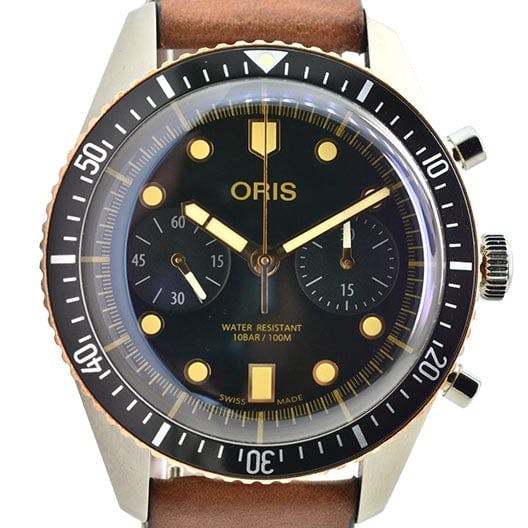 NOMOS is renowned for their modern timepieces inspired by the tenets of the Bauhaus movement. The German brand values simple and elegant aesthetics, sometimes with a clever twist. However, the NOMOS catalog does contain some more innovative pieces. These watches bear the clear DNA of their Glashütte roots, but they also offer you something more, whether it’s an unusual case shape, bold colors, or an ingenious complication. The NOMOS Zürich is a clear example of the company’s innovative might. You’ll find four models in this collection; however, I’m going to be talking about the world time editions. With a 40-mm steel case, beautiful white or blue dial, and smart world time display, the NOMOS Zürich World Time is a handsome timepiece. While not a sporty watch, it works as well with a suit as it does with jeans and a t-shirt thanks to its unique complication and beautiful dial. However, looks aren’t everything. The world time complication enables you to tell the time in multiple time zones simultaneously. The pusher at 2 o’clock makes switching between time zones quick and easy. The final result is a great timepiece for someone who is constantly on the go. 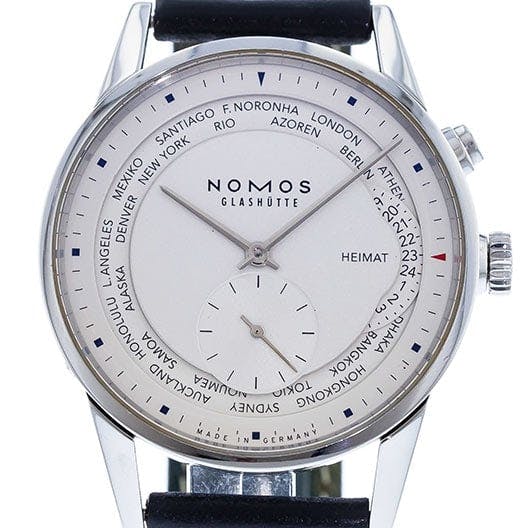 A few years ago, Angelus watches were some of the hottest commodities in the vintage watch world. The Angelus chronograph with a 38-mm steel case became an overnight sensation. The vintage market typically has phases, with certain companies or models enjoying heightened popularity for a few months or years before fizzling out. However, a few select brands manage to stay on top, including Angelus. As more and more pieces started showing up on the pre-owned market, prices began to climb and a larger audience became aware of this now-defunct brand from the first half of the 20th century. Yes, the Angelus brand was resurrected a few years ago, but the new company has very little in common with the Stolz brothers’ original business. One of the most famous Angelus watches is the 215 chronograph. Is its popularity due to its large case, black gilt dial, and in-house chronograph caliber? Or perhaps because this very model was used by the Hungarian military, particularly their Air Force? It’s probably a combination of both. Whatever the case, many people immediately associate the image of a vintage two-subdial chronograph featuring pump pushers with the 38-mm Angelus 215 – myself included. 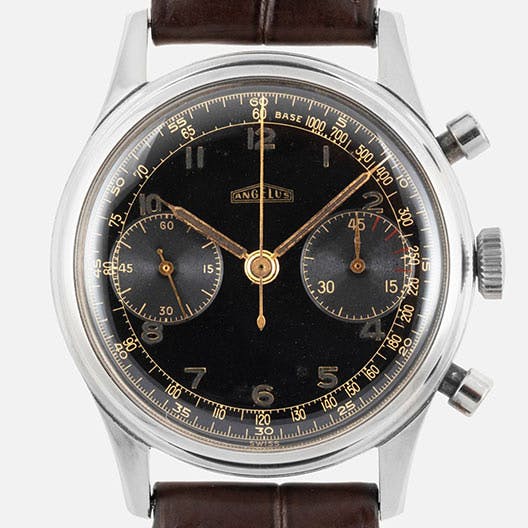