Anyone who swoons over luxurious, unique jewelry and classic timepieces will surely know the name Cartier. This French luxury brand has more than 170 years of history, tradition, and expertise to look back on, but they’ve never been ones to rest on their laurels. We have compiled the brand’s most important milestones, as well as facts and figures from Chrono24’s database, in our latest infographic. The founding father of this famous family dynasty was Louis-François Cartier. The son of a jeweler, Louis-François was born into turbulent times. France was still recovering from its defeat in the Napoleonic Wars. After learning his father’s trade, Cartier took over the Parisian business of his former teacher, Adolphe Picard. He became known as a promising young talent and could soon count numerous aristocratic and royal families to his list of clients. It didn’t take long for Cartier to be known as the “jeweler of kings and the king of jewelers.”

Louis-François’ son, Alfred, had large shoes to fill when he joined the business, and his own sons – Louis, Pierre, and Jacques – would later follow suit. Together, they expanded the company’s line of watches. At the time, pocket watches still dominated the market, but Cartier instead invested heavily in the area of wristwatches. Pocket watches were impractical in certain circumstances – something Cartier would soon cash in on. The friendship between Louis Cartier and Brazilian aviation pioneer Alberto Santos-Dumont was the spark behind the wristwatch’s growing popularity. Alberto complained that pocket watches were impractical to use while flying. In response, Louis introduced the convenient and elegantly-shaped Cartier Santos in 1904, making it the first pilot’s watch and first men’s wristwatch on the market. It was a sensation, but unfortunately, the company’s founder Louis-François didn’t live to see his grandson’s success since he died the same year.

In years to come, many new designs and innovations appeared under Louis Cartier’s name. His brothers, Pierre and Jacques, on the other hand, were dedicated to expanding the family business. In 1914, a design was born that laid the way for the future of the brand. 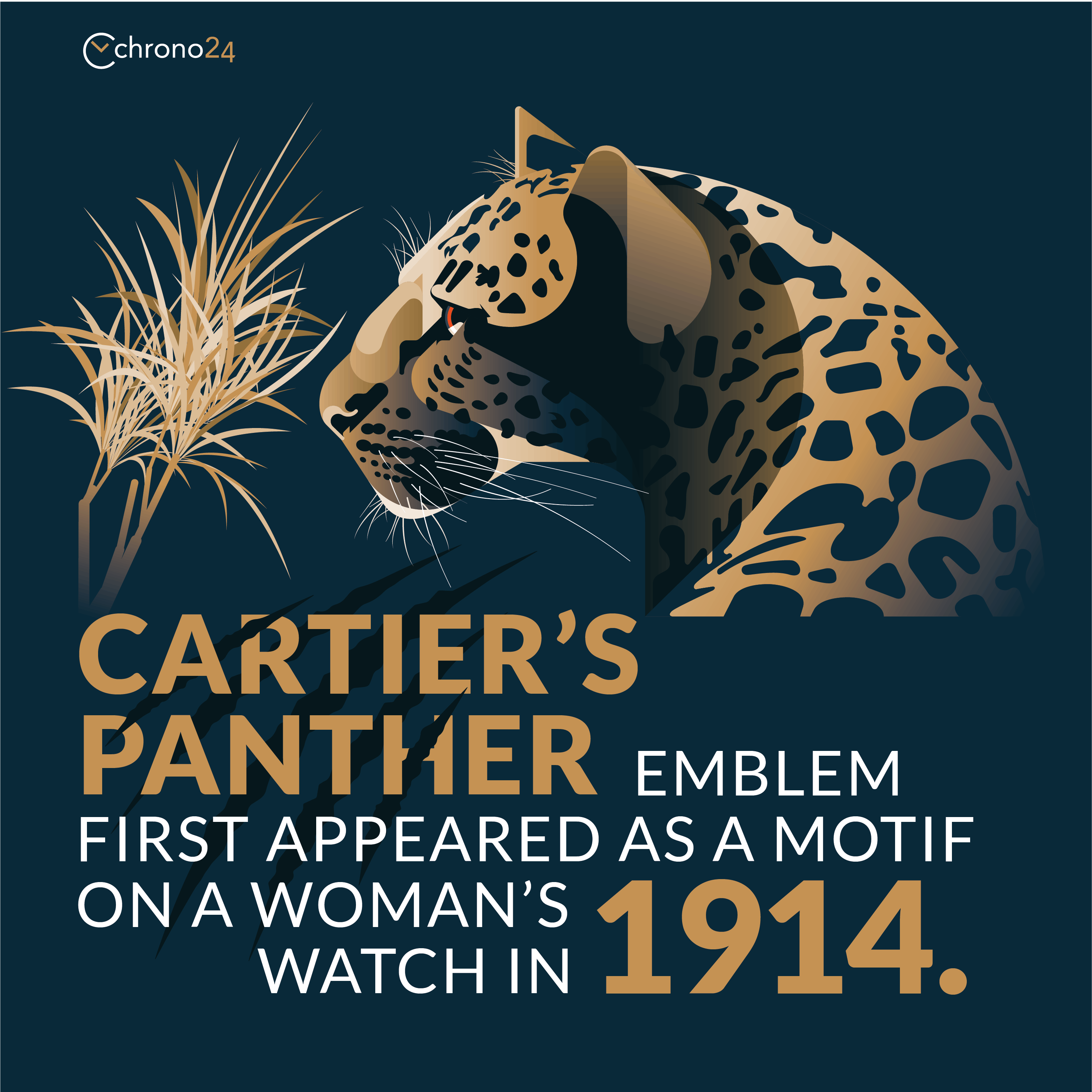 That year marked the release of the first women’s wristwatch set with onyx and diamonds in the pattern of a panther’s coat. The design would later inspire future artistic director, Jeanne Toussaint, to create countless other pieces using the pattern and shape of the big cat. The panther gradually became a symbol of the luxury brand, as well as Toussaint’s nickname. Toussaint, aka “la panthère,” would play a key role in shaping the Cartier catalog for several decades.

The animal kingdom wasn’t Cartier’s only source of inspiration, however. The design of the Cartier Crash, an expressionist timepiece, is said to come from a Cartier watch destroyed in a car accident. The Cartier Tank, on the other hand, is based on the then-revolutionary military vehicles used in WWI. You can find out more about the Tank and its history in our Buyer’s Guide. 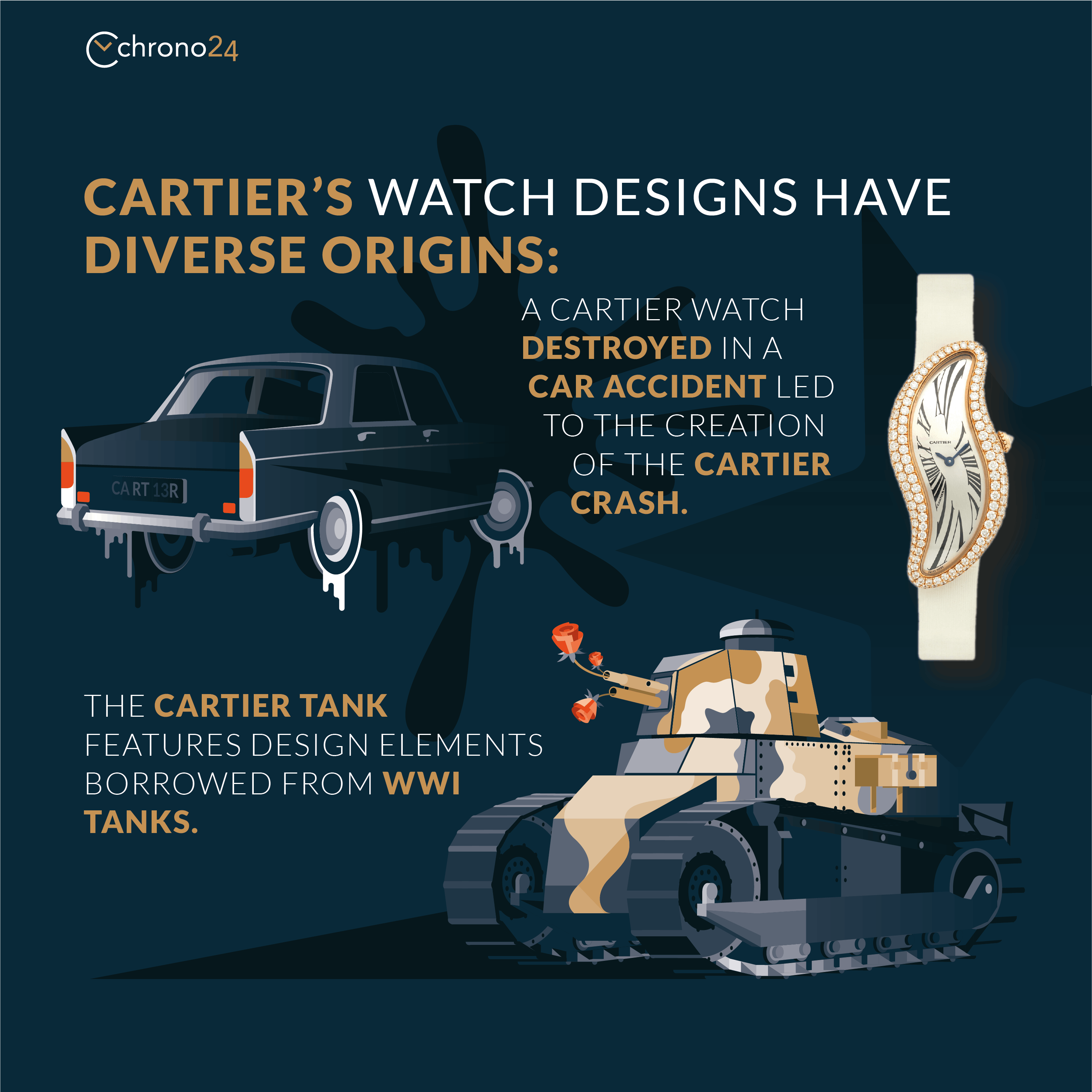 While Louis was devoted to his Parisian business, Pierre took the lead on the brand’s American expansion. He won New York’s elite over with a very special piece of jewelry: a double-strand necklace made of 55 and 75 flawless pearls. At the time, pearls were incredibly rare and, therefore, highly sought-after. 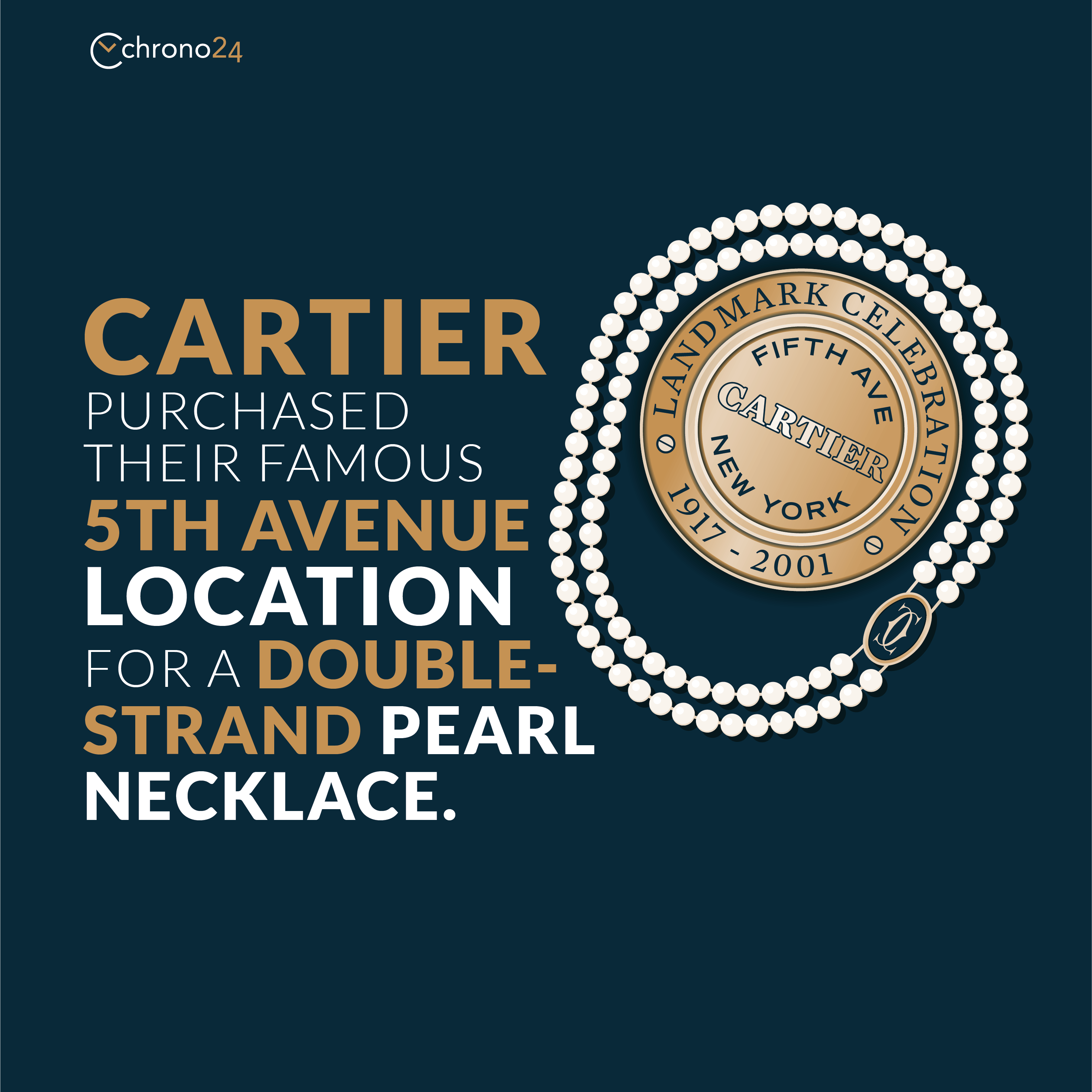 Maisie Plant, wife of financier Morton Plant, was one of the million-dollar necklace’s most ardent admirers. At the time, the couple resided on 5th Avenue. Pierre had already been eyeing their property as a potential location for a jewelry store. He offered Morton the necklace in exchange for the property, and he accepted; after all, the businessman was famous for granting his wife’s every wish. Cartier still owns this location to this day, and it is now known as the “Cartier Building.” 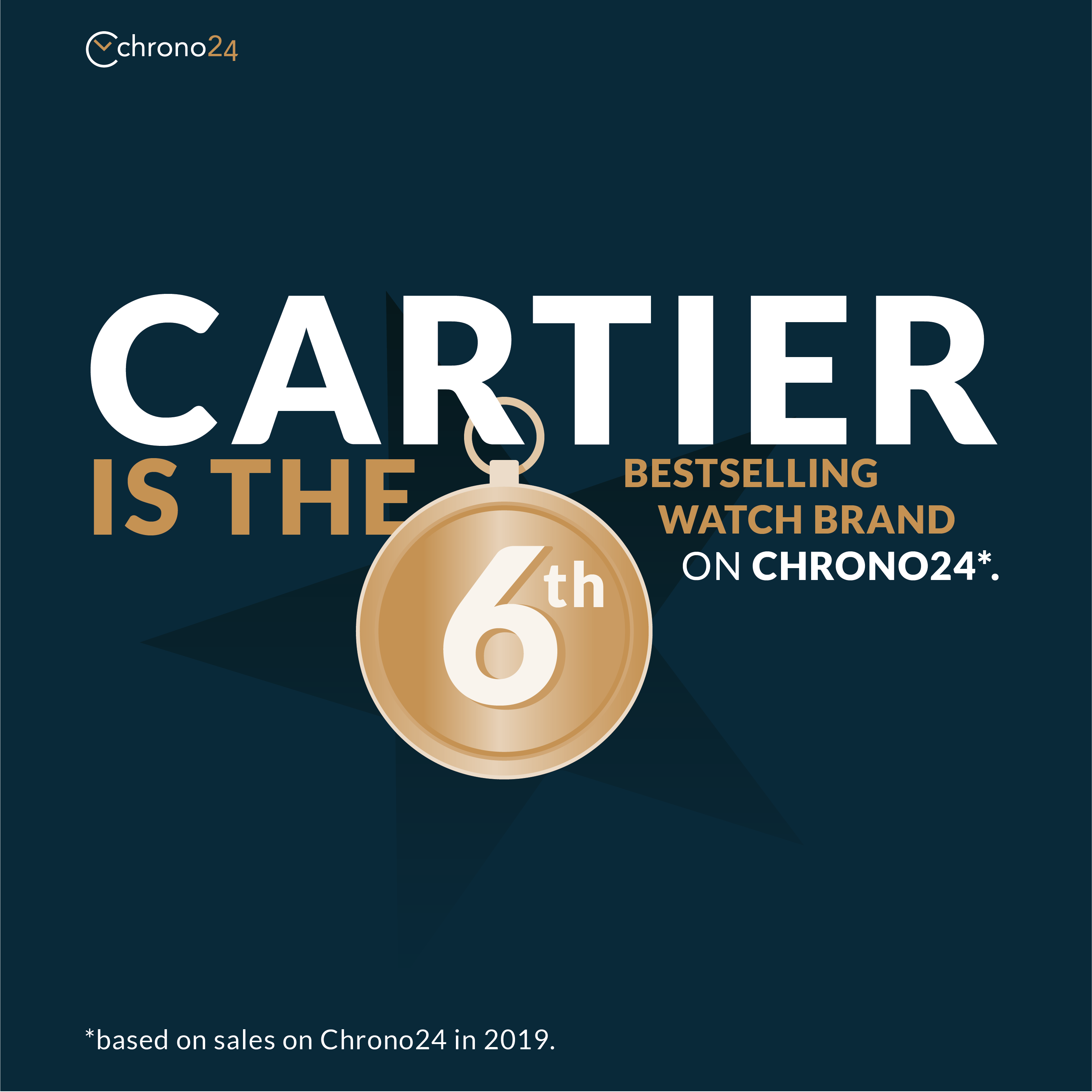 Of course, the Internet has made retailers far less dependent on having exclusive physical boutiques around the globe. Jewelry and watches can be purchased directly on Cartier’s webshop, as well as other luxury platforms such as Chrono24. Cartier is one of our top-10 most popular watch brands and was the sixth bestselling brand on our platform last year. 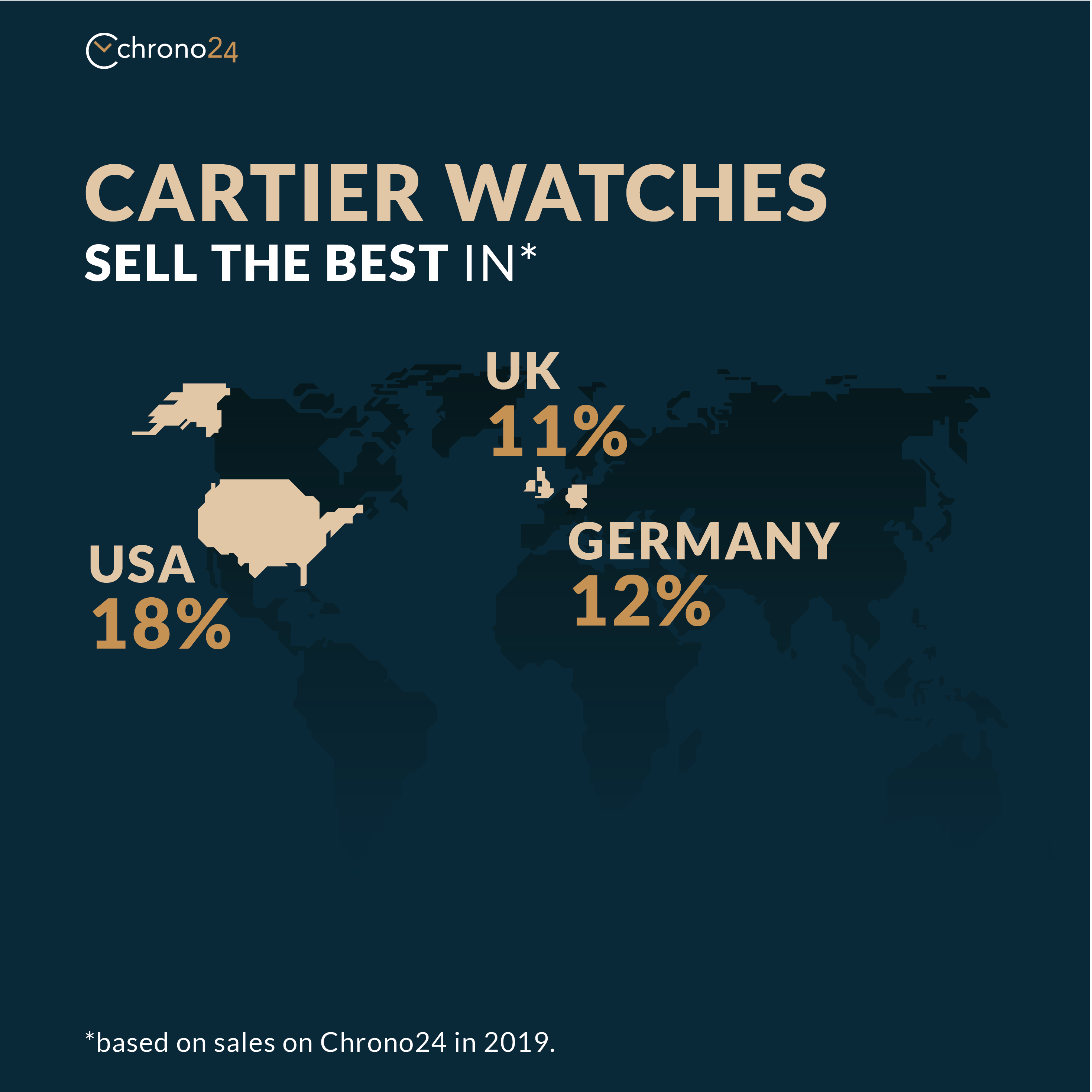 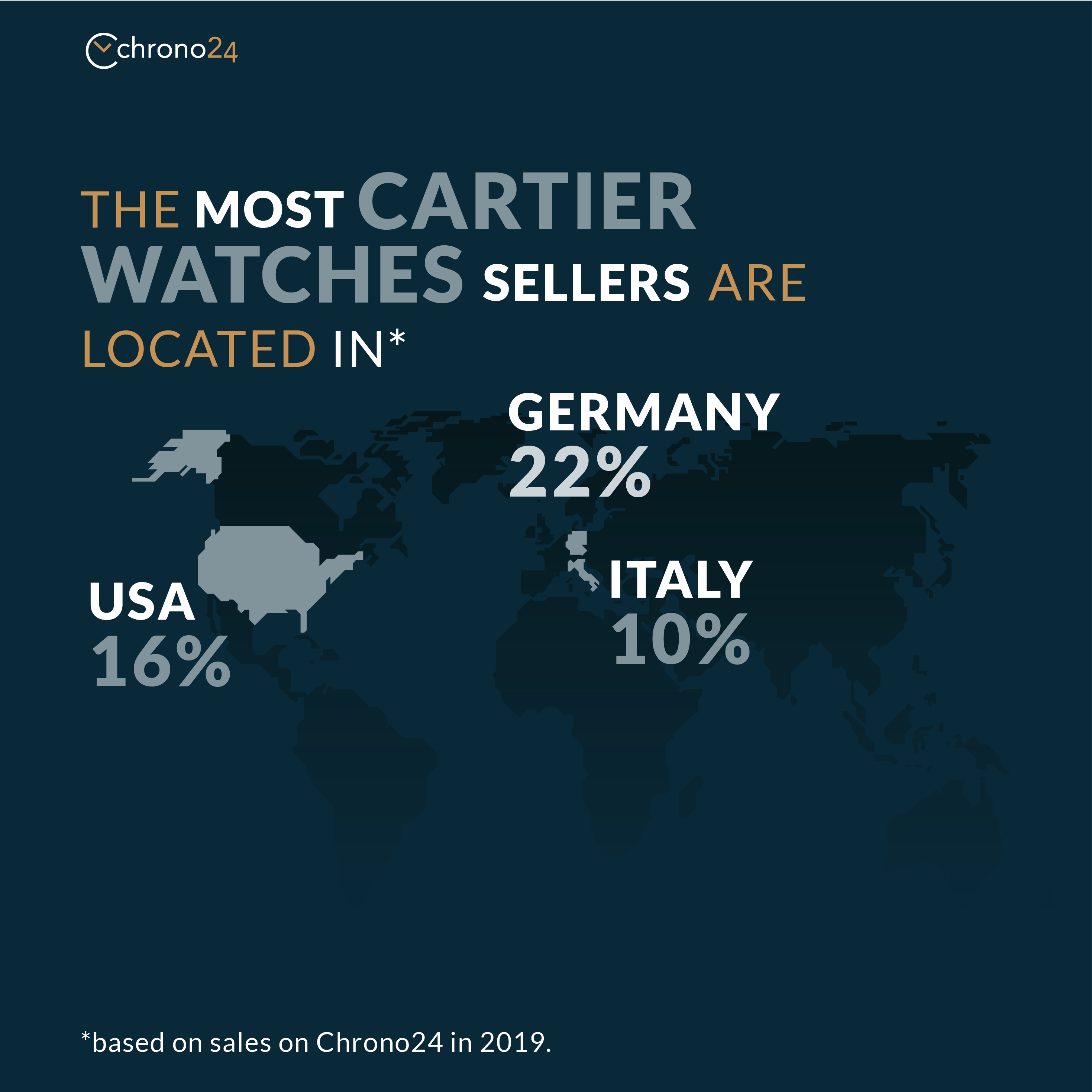 Omega: Reaching for the Stars

The team behind the Chrono24 Magazine consists of Chrono24 employees, freelance authors, and guest authors. They're all united by a passion for anything and everything…