I first met Chase Fancher of Oak & Oscar back in 2015 or 2016. We were both in the Baselworld press center, which was packed with smartly dressed journalists. And yet, in the midst of all the posturing was a guy in a flannel shirt, a pair of selvedge jeans, and boots. Did I mention he was sporting the meanest beard I’d ever seen? He stood out like a sore thumb, but this made him all the more interesting. He talked about his love of watches and pulled out a custom-made watch pouch containing his personal collection. Among the usual suspects, one watch caught my attention: a prototype of his new brand’s first model. The brand was Oak & Oscar, and the watch was The Burnham. Over the years, I’ve run into Chase numerous times at various watch events. It’s become something of a tradition: Whenever I go to Baselworld in Switzerland or Salon QP in London, this guy from Chicago will be there and we’ll have a good time together. 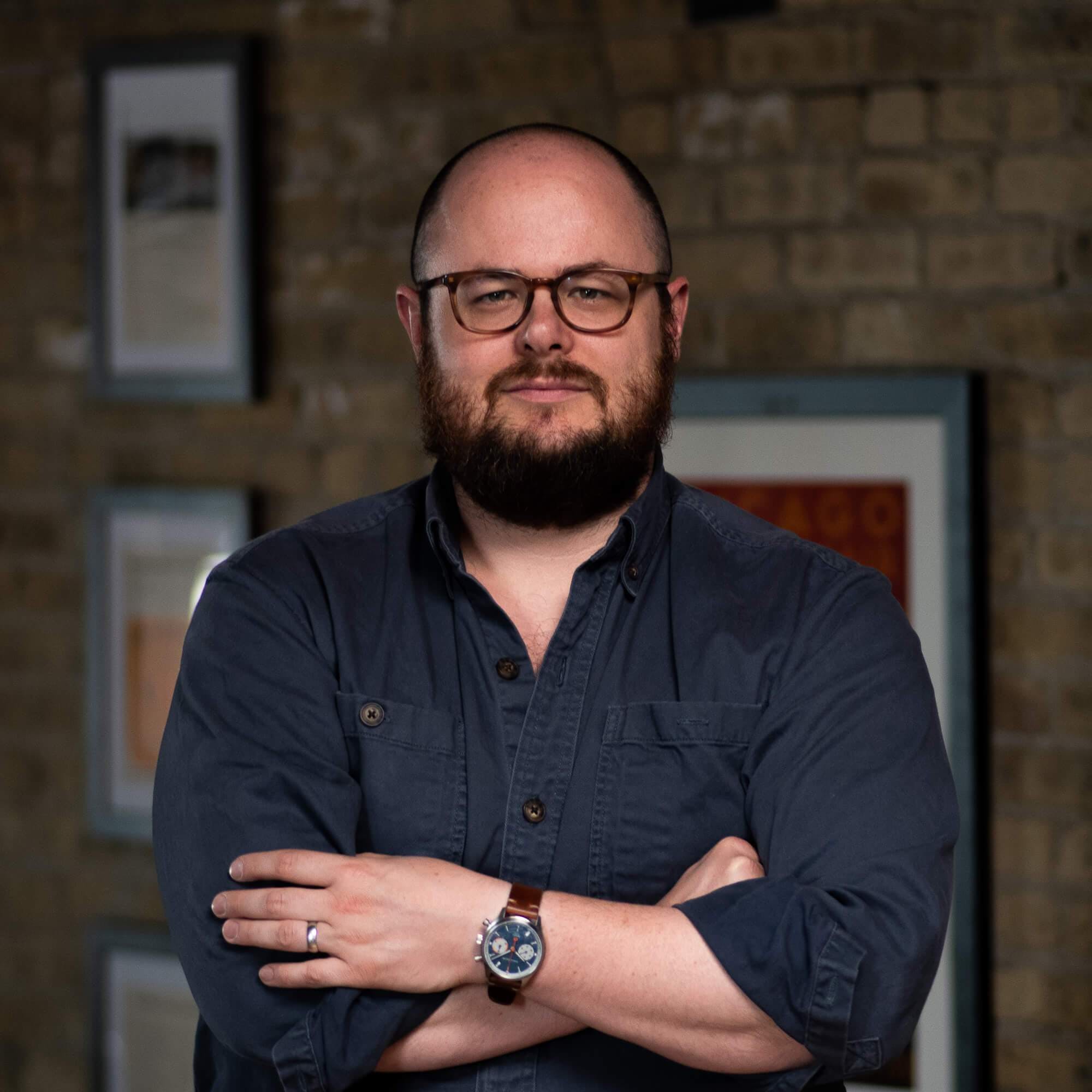 Over time, we’ve developed a kind of friendship, and I’ve learned more and more about him and the vision for his brand. Chase, and by extension Oak & Oscar, hails from Chicago. He left an “unfulfilling corporate job” to establish his own watch brand – a lifelong goal of his and something many of us can only ever dream of. It’s been a slow process, but that doesn’t deter him. Oak & Oscar successfully blends urban chic with individuality, starting with its brand name: “Oak” because Chase loves fine whiskey aged in oak barrels and “Oscar” after the Fancher family dog. Oak & Oscar has been collaborating with local artisans from day one. The world famous Horween Leather Company (also based in Chicago) is one of their partners and supplies Oak & Oscar with their straps. There’s also Stock Mfg, which produces their watch wallets. 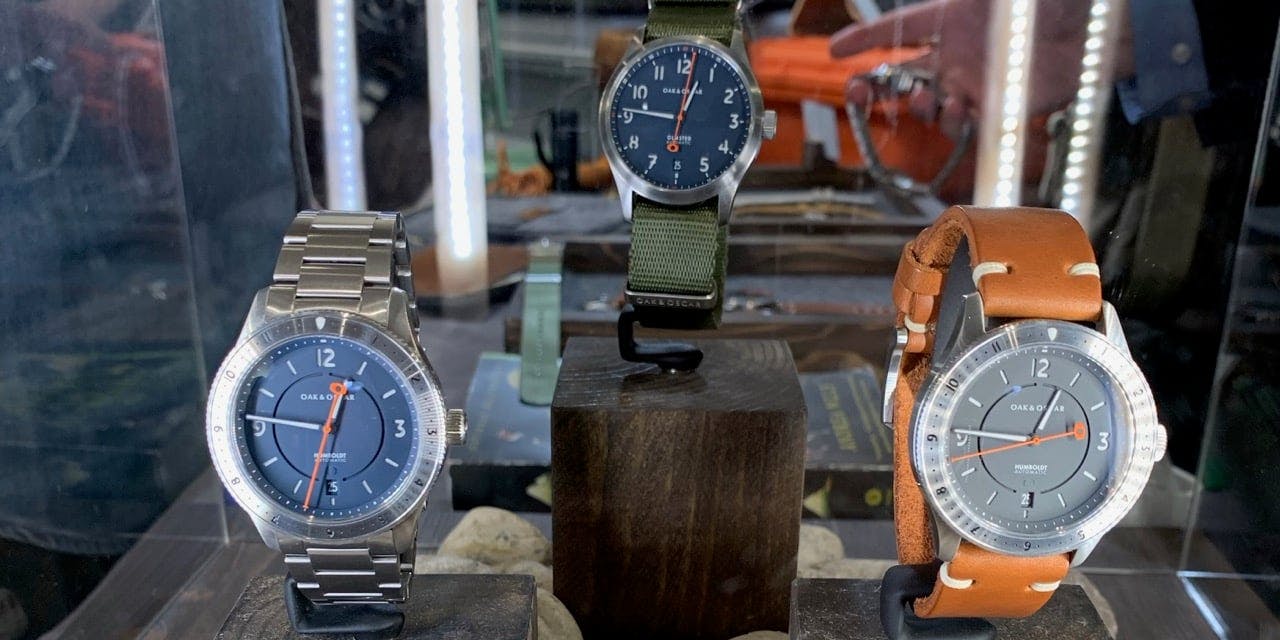 (from left to right) The Humboldt, The Olmsted, and The Burnham at Windup NY

Oak & Oscar is gradually making a name for itself in the watch community thanks to some truly exceptional timepieces. Chase is a proud Chicagoan, something he “promotes” with his products. Some of the company’s watches are named after significant historical figures with connections to the Windy City. His very first watch – The Burnham, a simple, three-hand time-only piece – is named after Daniel Burnham, Chicago’s city planner. The watch sold out very quickly for a microbrand and took industry media by storm. His second model, The Sandford, features a GMT complication and boasts Oak & Oscar’s unmistakeable aesthetic. It shares other features with The Burnham, including a sandwich dial, unique numeral font, and a gray and orange color scheme. 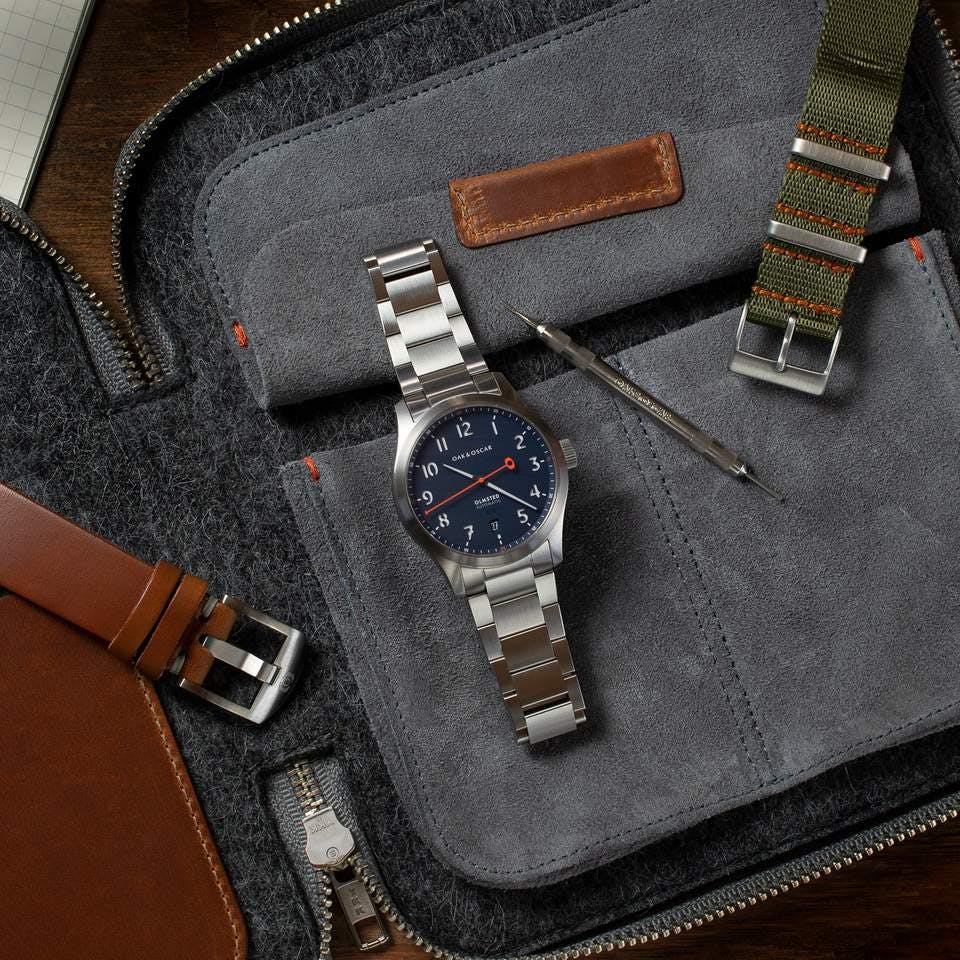 Oak & Oscar The Olmsted with a navy dial

The next model, The Jackson, marked a major milestone in the brand’s history. It was Oak & Oscar’s first chronograph – and a very special one at that thanks to its manual, column-wheel flyback chronograph caliber. Oak & Oscar released three iterations of The Jackson, each in very limited numbers. Again, all sold out quickly. Sporting goods brand Wilson (another Chicago native) reached out to Chase and his team about creating a watch together. The result was The Ashland, a baseball-inspired time-only timepiece with a mesmerizing green dial. Lastly, we come to the only two models that are still available for purchase: The Humboldt and The Olmsted (named after Frederick Law Olmsted, who designed Chicago’s Jackson Park). Both are relatively new to the Oak & Oscar lineup. Neither is a limited edition and their success is helping to elevate Oak & Oscar from a microbrand to a true independent watch company. 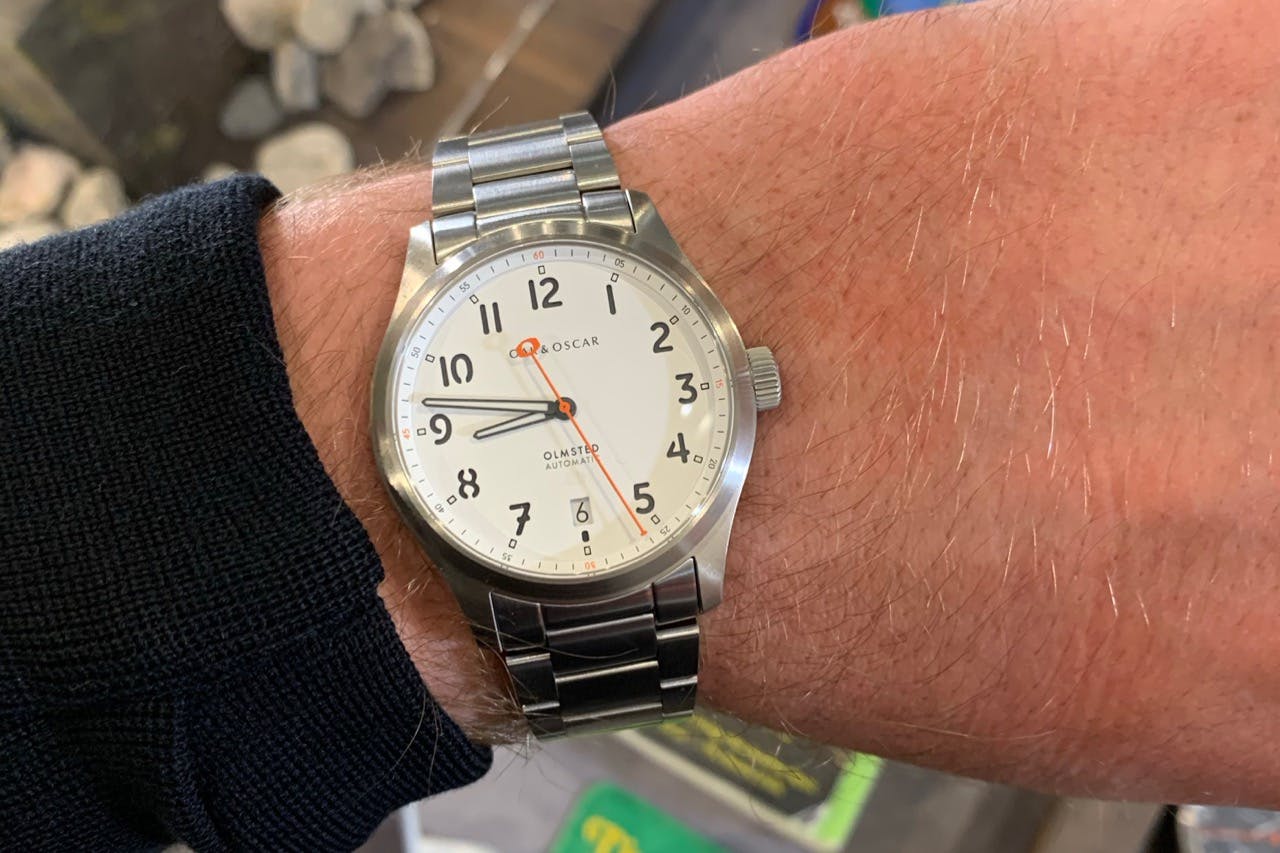 Oak & Oscar The Olmsted with a white dial

It’s always interesting to sit down with brand owners like Chase and ask them about what drives them and the philosophy behind their company. Oak & Oscar, like many successful micro/independent brands, frequents watch shows like Windup. “People want to put on that watch where they know the owner or they have a connection to Chicago,” says Chase. These events are perfect for that. Their relaxed atmosphere enables brands like Oak & Oscar to meet their consumers. “We want to come out with pieces where people say, ‘Wow, that is amazing.’ We dream big.” Oak & Oscar’s cohesive identity is another factor behind their success. It begins with their products and trickles down to their website, social media presence, and communication. The brand is a bit big city life, a pinch of modern style, and a splash of adventure and trendy uniqueness. As Chase puts it, “It’s our job. Our goal is to make sure that we continuously build an awesome community of Oak & Oscar owners.” I love the enthusiasm and wish nothing but the best for Chase and the whole Oak & Oscar team.